A History of Iowa Caucuses

Have you ever wondered why Iowa votes first during primary/caucus season? Here's the answer!

A Story of Happenstance

The 2020 United States presidential election is right around the corner. On Monday, February 3rd all eyes will be on Iowa for the Iowa caucuses.

Voters and the media will await the caucus results anxiously, excited to see how their pick for president fares in the first of 50 states to vote. The results can be telling of how the rest of the primary/caucus season plays out.

But how did Iowa become the first state to kick-off the presidential election process? Let’s take a look.

Before we dive into the history of the Iowa caucus, it’s helpful to have a reminder of the U.S. presidential voting process—it can be somewhat confusing. Each party and each state has its own rules on how their primaries/caucuses are run, but here’s a quick overview.

The presidential nominee for each party is chosen through the process of primaries/caucuses, a national convention, and then the general election.

The caucuses, meanwhile, require participating voters to come together in different meeting spaces across the state and discuss the potential candidates before taking an informal vote. Caucuses can also be open or closed.

While the primaries allow more voters to participate, the caucuses allow voters to share their voice and actively participate in political discussion.

Every four years, Iowa becomes the subject of national media attention by holding the first caucus/primary of the voting season.

Iowa became the first state to hold their caucus/primary due to happenstance. After the 1968 Democratic primary campaign was rife with controversy, party leaders formed a commission to come up with solutions.

In order to limit party leaders from being able to manipulate the primary/caucus process, all state party leaders were then required to give a 30-day notice before hosting their primary/caucus events. This would give voters more time to plan to attend these events and have their voices heard.

Due to the new requirement, Iowa, who has quite a long nomination process, had to push their caucus back earlier than the rest of the states to align with the new regulation. 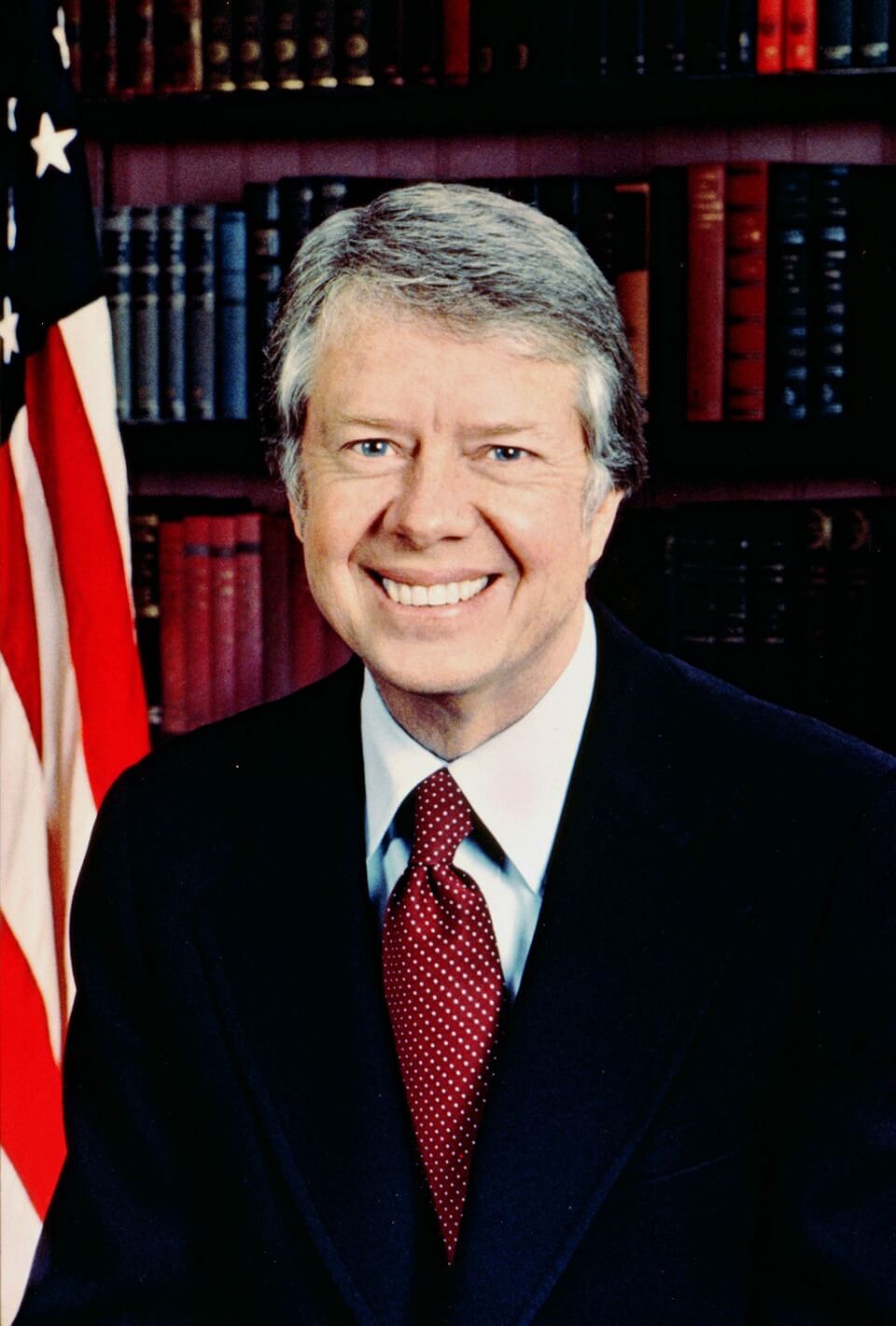 Being first proved to have its advantages. In 1976, President—then just candidate—Jimmy Carter surprised the nation when he won roughly twice as many votes as the next closest candidate at the Iowa caucus.

Carter knew his limited campaign finances wouldn’t allow him to compete in the larger state’s primaries, so he put forth a targeted effort to campaign in Iowa, the state first up to vote. His win there paid off.

Considered an “outsider candidate,” his results in the Iowa caucus were enough to win him media attention and voter support that led him all the way through the primaries to the Oval Office. His presidential win meant that the Iowa caucuses were more than just the first of 50 caucuses/primaries. A win there could change the game.

Since then, the Iowa caucuses have become a must-watch media event for the American public, giving voters an idea of how each candidate might fare in the general election.

The location of your caucus is based on your General Election Voting Precinct but can also be held in a different location from where you normally vote. To find your caucus location, visit the Iowa Democratic Party or the Iowa Republican Party websites to find your correct location.

As candidates make their way around the state, we’ve put together a list of venues in Council Bluffs and Pottawattamie County that candidates can rent for rallies and fundraisers.

It’s an honor to be part of a state so integral to the political process, and we are thrilled Pottawattamie County and Council Bluffs have so many venues available to candidates of all parties to be able to freely speak to voters.

This post was originally published on January 30, 2019 on the Unleash Council Bluffs blog.