This blog was written by Tom Emmett the Executive Director of the Historic General Dodge House.

Built in 1869, the Historic General Dodge House, home of Council Bluff’s most famous and influential citizen, General Grenville Dodge, stands at 605 South Third Street. As the greatest railroad builder of all time, Dodge chose to build his home near mile one of the Transcontinental Railroad.

Consisting of 14 rooms, hot and cold running water, central heating, a large wine cellar, and ice storage, the home was designed by Wm. Boyington who also designed Terrace Hill, Iowa’s Governor’s Mansion. The home is supported by foundations and exterior walls that are two feet thick. The tall windows allow for ample light and feature foldable full-length interior blinds that fold into the walls. 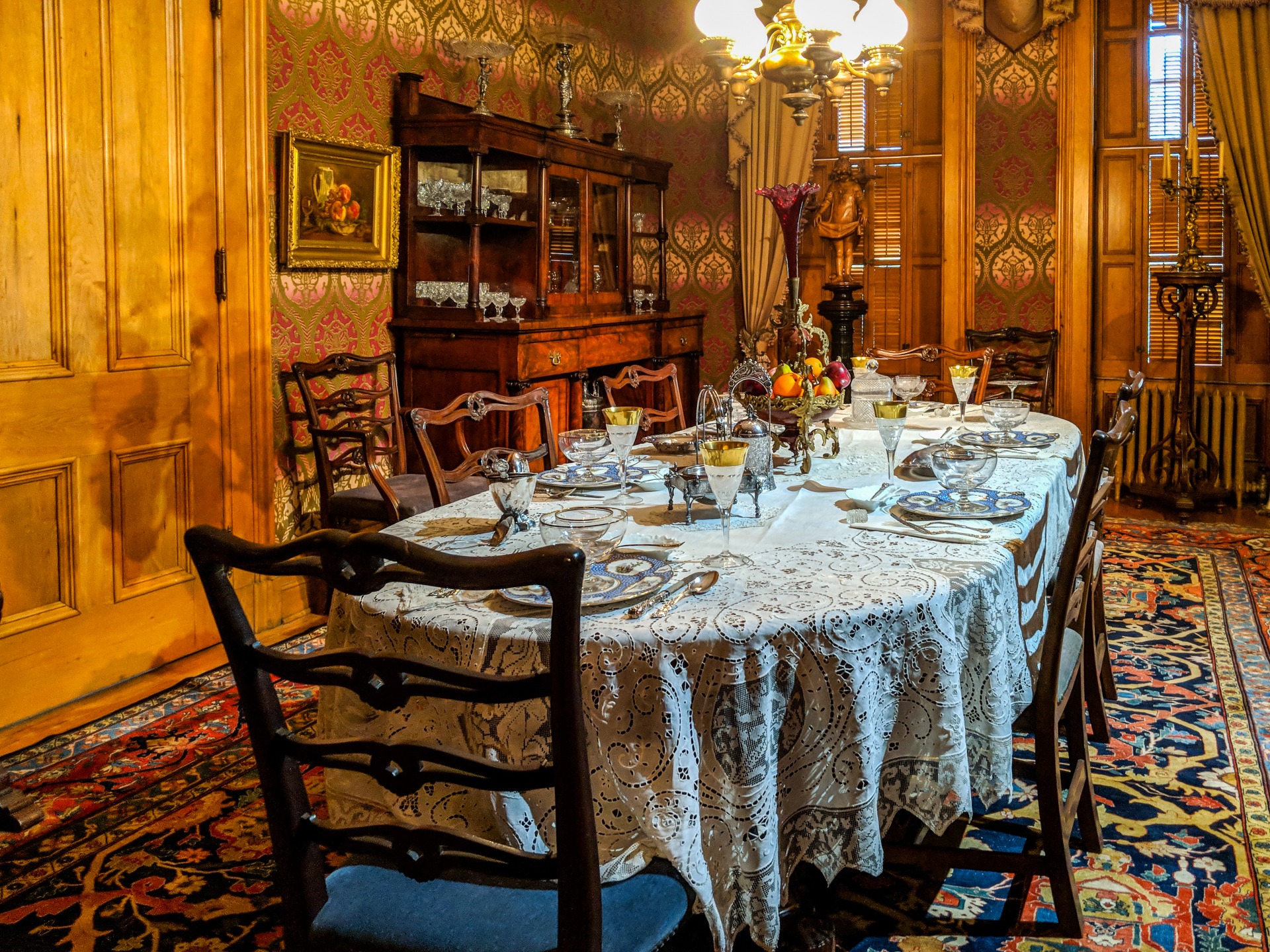 Impressive double doors of black walnut open into a gracious and wide entrance hall with a spiral staircase at the far end. To either side, silver-tipped dining butts hinge the handsome doors leading to the library and dining room on the right and the double parlors on the left. These rooms have hosted five presidents. White marble fireplaces and chandeliers grace the walls and ceilings respectively. The home has been meticulously curated with about one-third of the priceless antiques being original to the home.

Guests would have enjoyed one of the five lavish bedrooms upstairs complete with a fully functional bathroom. Not bad for living on the frontier! The third floor featured a ballroom for entertainment and servants quarters. 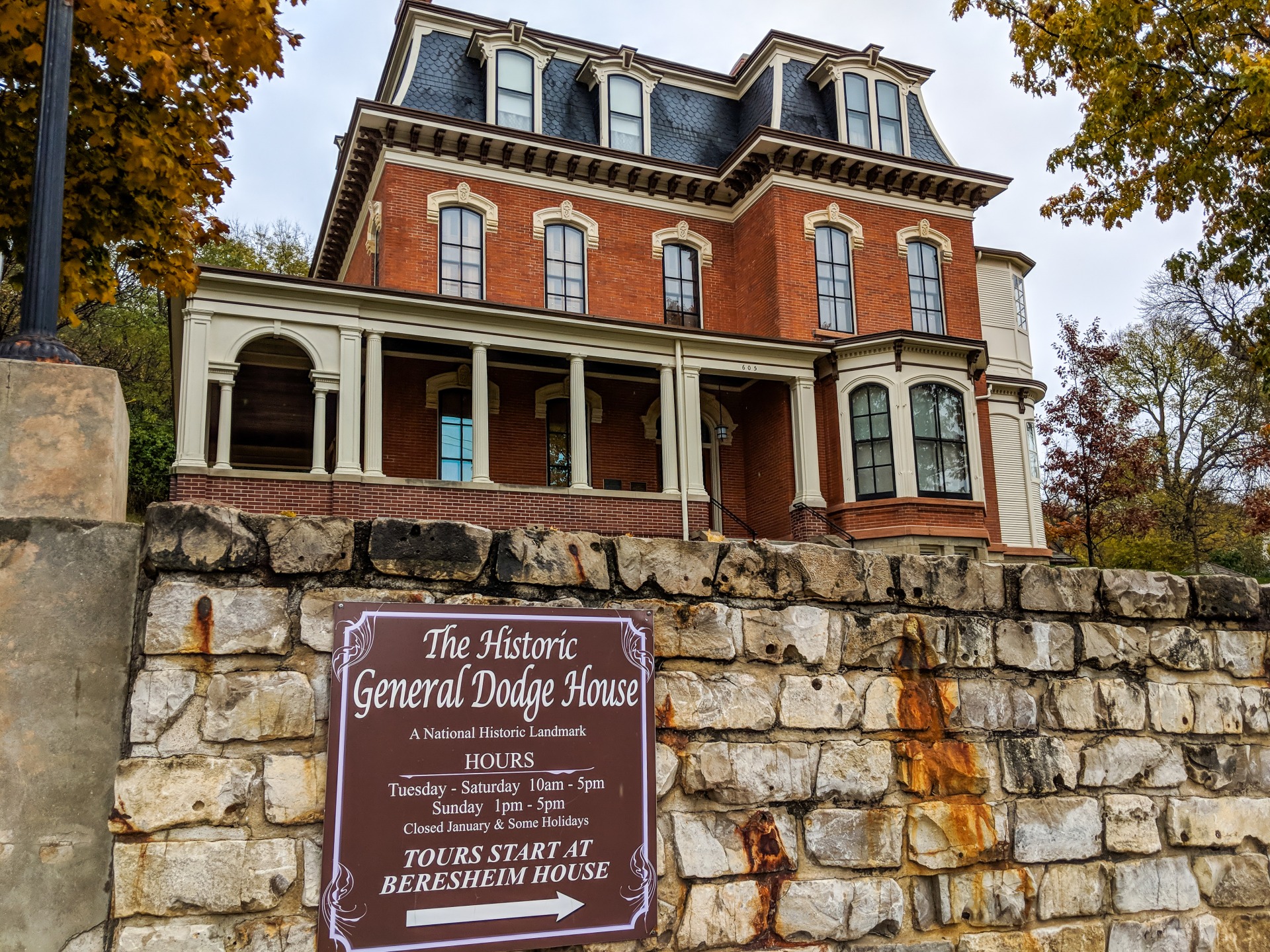 The Dodge House is open to the public from 10 a.m. to 5 p.m., Tuesday through Saturday. Regular admission is $10. There is ample parking. For more information visit www.dodgehouse.org or call 712-322-2406

This post was originally published on March 11, 2020 on the Unleash Council Bluffs blog.