What do you think? Is the Squirrel Cage Jail home to ghosts?

The most “haunted” attraction in Council Bluffs is said to be the Historic Squirrel Cage Jail. The unique jail was built in 1885 on the site of an old church morgue; one of 18 revolving jails built — and the only one with three stories. Today, it’s one of only three left standing.

What’s a revolving jail you ask? The jail’s pie-shaped cells revolve inside a cage that only has one opening. To let prisoners out, jailers would have to revolve the cells around until the desired cell was flush with the one door. That architectural concept alone gives the jail a certain chill.

The jail’s use was discontinued in 1969, and it has since been preserved and opened as a museum by the Historical and Preservation Society of Pottawattamie County (HSPS). 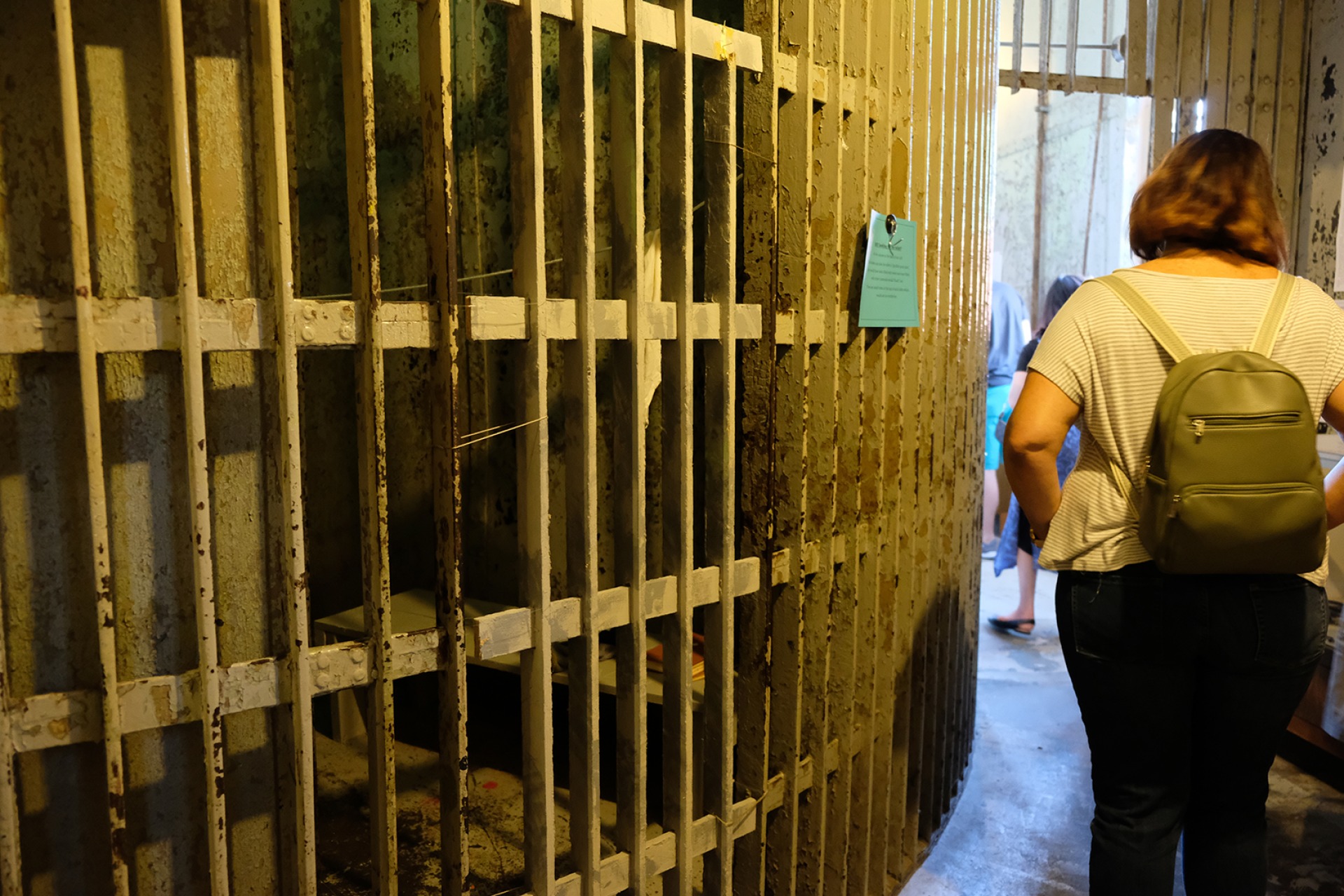 While the Squirrel Cage’s paranormal popularity has grown in recent years with flashlight tours and paranormal investigations, even guests and residents as early as the 1900s felt something was amiss. A jailer in the ‘50s refused to live in the jail’s fourth-floor apartment after hearing footsteps on the floor when no one was around. He opted to instead sleep on the jail’s second floor rather than live with the unexplainable noises.

Today’s museum staff and volunteers have experienced similar happenings in the old jail.

“Many of the jail staff and volunteers have heard footsteps, voices, whispers, and doors moving,” Kat Slaughter, the HSPS museums manager said. “Some have seen dark shadows move across the stairs or past doorways. “

Slaughter believes the notion that the jail is haunted is in part due to the fact that there have been four known deaths in the building: a prisoner died of a heart attack, another prisoner fell three-stories trying to carve his name on the jail’s ceiling, another prisoner hung himself, and an officer was shot when a gun misfired during riot gun training.

The jail’s hauntings go beyond hearsay with paranormal teams investigating and recording its ghostly activity. The jail has even received national attention with spots on Travel Channel’s Most Terrifying Places and Ghost Adventures Serial Killer Spirits.

“Paranormal investigators have found EVPs (audio recordings) of voices and sounds of things that weren't there,” Slaughter said. “They caught photos and videos of shadows as well. Their equipment has picked up EMF hits in areas where there shouldn't be any electromagnetic interference."

Learn more about the Squirrel Cage Jail’s paranormal history and book your overnight paranormal investigation on the Historical Society of Pottawattamie County’s website!

Other Haunted Attractions to Visit: 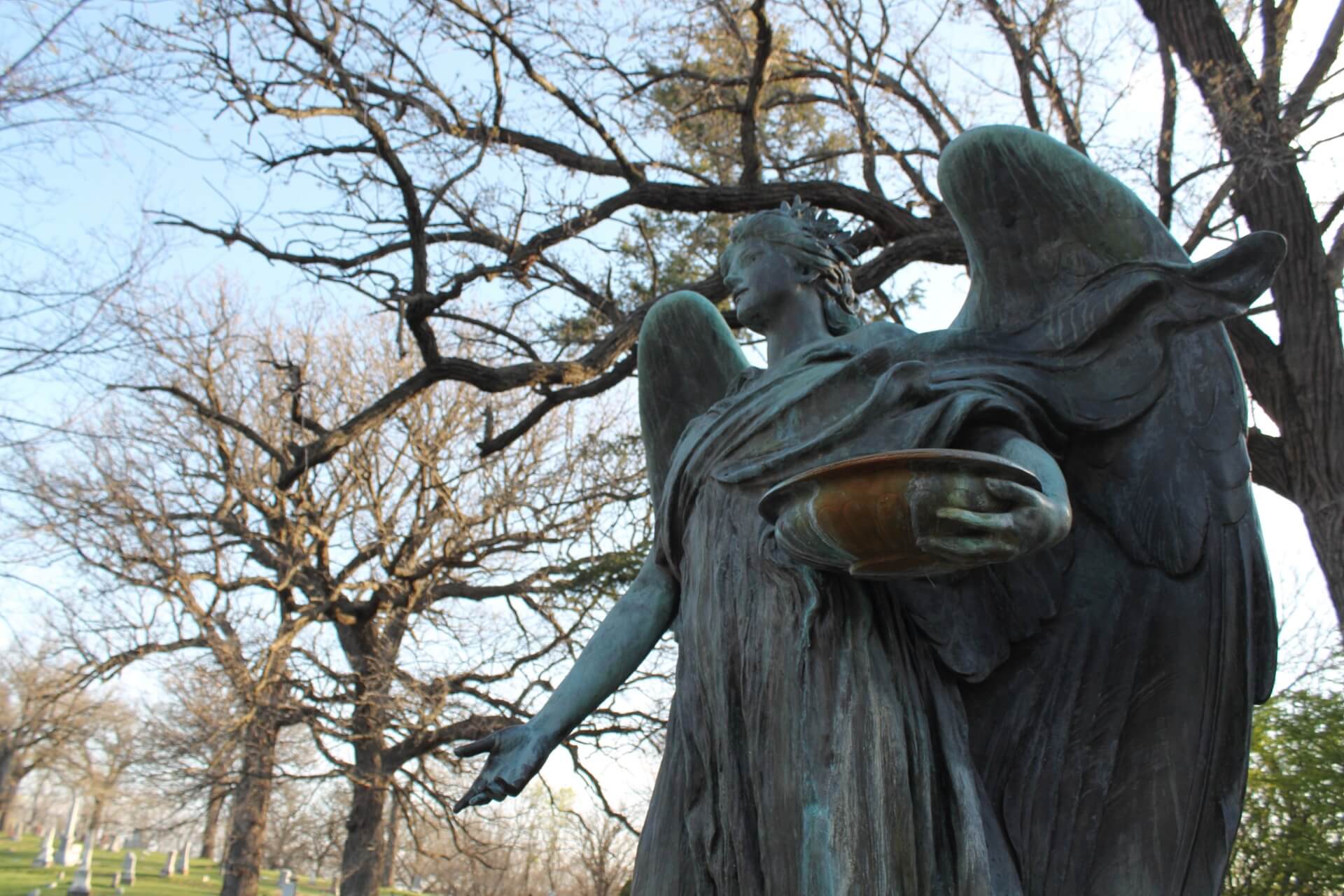 Looking for more creepy spots to visit? Check out the Ruth Anne Dodge Memorial (Black Angel Statue pictured above) and Fairview Cemetery.* There’s no reported paranormal activity at Fairview, but with gravestones dating back to 1826, you’re sure to get the chills walking through.

The Black Angel Statue is right on the edge of the historic cemetery. Though the statue has been the subject of rumored paranormal activity, its true eeriness lies in how it came to be. The statue is based on an angel that appeared in dreams to prominent community member Ruth Anne Dodge three times before her death.

Did we miss any spots in Council Bluffs with rumored ghostly activity? Email us and let us know at eschwaller@unleashcb.com.

*If you take a self-guided tour through the cemetery, remember to be respectful, especially of other guests that may be visiting loved ones who have passed away.

After a day of checking out CB's most haunted attractions, unwind with a relaxing stay in a Council Bluffs hotel. Click on our hotel options to browse and book today. Don't forget to use our interactive trip planner tool to help you plan your unforgettable getaway! As you browse the website, look for the pin icon to save things to do, places to eat, events to attend, blogs, and more. Once you've curated your list, you can send it to yourself, share it with friends or family, and easily access it at any time!

Don't forget to book your hotel stay with one of our properties by clicking here!

This post was originally published on August 25, 2022 on the Unleash Council Bluffs blog.