The City of Council Bluffs receives a Gold designation from the national SolSmart program for making it faster, easier, and more affordable for homes and businesses to go solar.

This designation recognizes the City of Council Bluffs for taking bold steps to encourage solar energy growth and remove obstacles to solar development. For companies looking to expand, a SolSmart Gold designation is a signal that Council Bluffs is “open for solar business.”

SolSmart is led by the Interstate Renewable Energy Council (IREC) and the International City/County Management Association (ICMA) and is funded by the U.S. Department of Energy Solar Energy Technologies Office. More than 400 cities and counties have achieved a SolSmart designation since the program launched in 2016.

“The Community Development Department is committed to exceptional customer service as it relates to solar processes,” said Community Development Director Brandon Garrett. “We are proud to be a SolSmart Gold city and will continue to promote the advancement of solar in our community by helping residents and businesses efficiently and successfully go solar.” 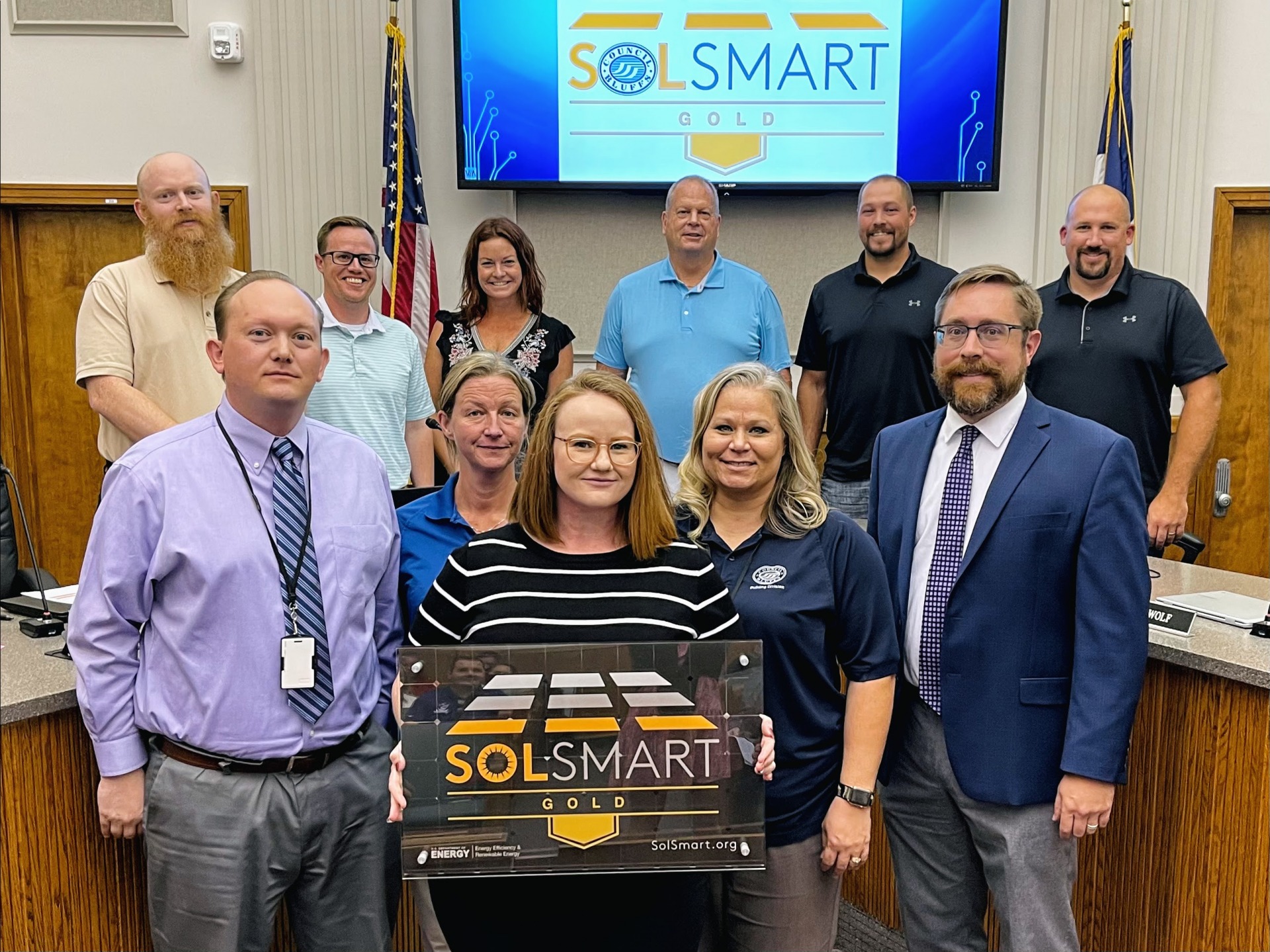 As a SolSmart designee, the City of Council Bluffs helps solar companies reduce the cost of installations and pass those savings on to consumers, therefore allowing more homes and businesses to obtain affordable, clean, and reliable electricity through solar.

“In pursuit of this SolSmart Gold designation, we evaluated our permitting processes and planning and zoning procedures,” said Garrett. “We made the necessary changes to our processes, ensuring that time and money to permit weren’t barriers to installing a solar energy system.”

In addition to achieving SolSmart Gold, the City of Council Bluffs was presented with a Special Recognition Award by SolSmart. SolSmart uses objective criteria to award communities points based on their actions to reduce barriers to solar energy development.  The SolSmart Special Recognition Award celebrates communities that have gone above and beyond – earning at least 60% of the total points available in one or more of the eight SolSmart categories.

“Earning a Gold designation is a great accomplishment,” said Council Bluffs Mayor Matt Walsh. “We are proud of our Community Development Department for taking the initiative, refining their processes, and demonstrating a commitment to renewable energy.”

The City of Council Bluffs website contains additional information about the City’s solar permitting process as well as where solar is already installed in Council Bluffs. Visit councilbluffs-ia.gov/2460.

This post was originally published on September 28, 2021 on the Unleash Council Bluffs blog.