Come Out for Comedy Night in Bayliss Park!

Four regional comedians take over the park on September 20! 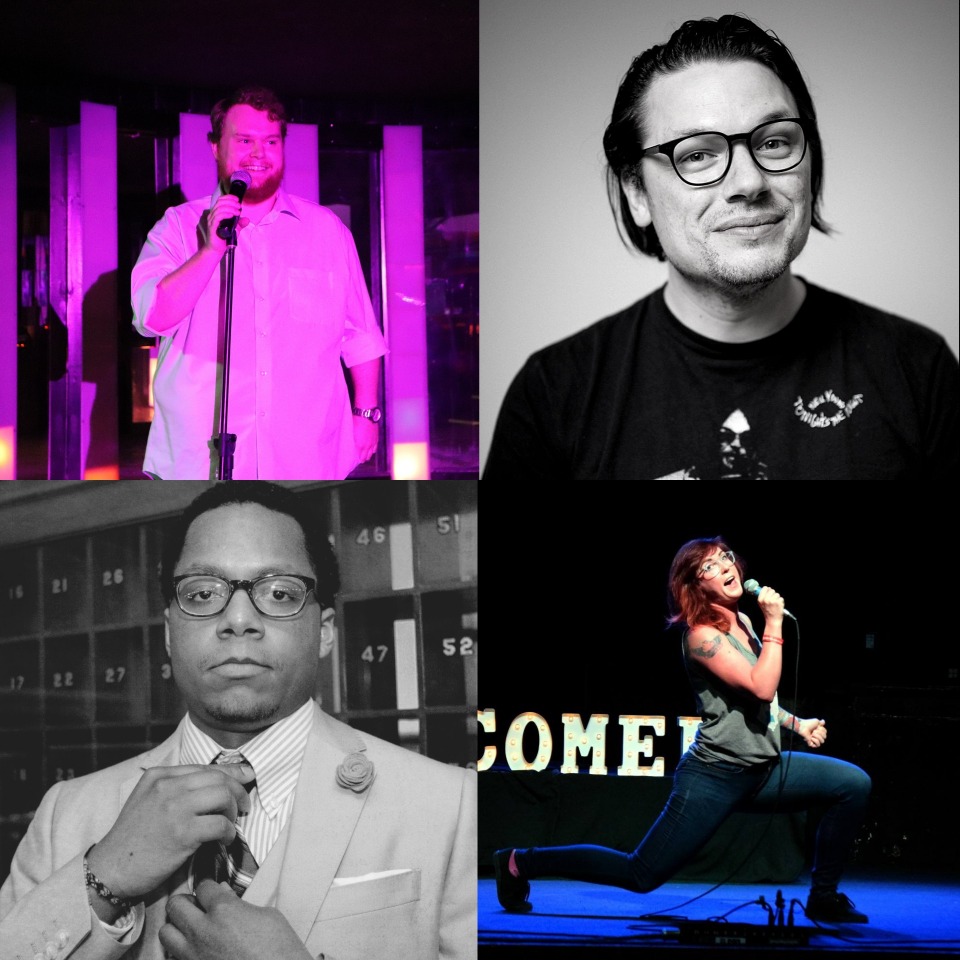 Council Bluffs Parks and Recreation is excited to announce Comedy Night in Bayliss Park! This is a free, laugh-out-loud event, and will take place at Bayliss Park on Friday, September 20 from 7 to 10 p.m. Those planning to attend should arrive early and bring lawn chairs and blankets. The Chicago Dawg Food Truck will be on-site with food and drink available for purchase. The suggested audience age for Comedy Night is 18 and older.

Thanks to The Backline Comedy Club, the Comedy Night lineup includes four regional comedians that are sure to keep the crowd laughing all evening.

7:30 p.m. | Mallory Wallace – Comedian Mallory Wallace is a Colorado mountain transplant living in Lincoln, Nebraska. Mallory's comedy has been described as "a very silly mix of poetry and meanness." Using animated and relatable jokes, stories, and insights, Mallory captures audiences with a mix of tongue-in-cheek observations and hard truths about being outspoken, confident, and independent. Mallory feels lucky to call the Omaha Funny Bone her home club and is thrilled to have shared stages with funny folks such as Brian Posehn, Josh Blue, Rory Scovel, Todd Barry, Baron Vaughn, and Jo Firestone.

7:45 p.m. | Dusty Stehl – Dusty Stehl has been a staple of the Nebraska standup comedy scene for years, performing at clubs and venues across the Midwest. His goofy personality, silly stage presence, and unpredictable punchlines delight audiences off all ages. Dusty has performed on Crom Comedy Festival, Beast Village Comedy Festival, and is a regular performer at the Omaha Funny Bone, has appeared on "Omaha Live!" on WOWT, and has even filmed sketch comedy with Warren Buffett!

8:15 p.m. | Zach Peterson – Based out of Omaha, Zach Peterson has made a name for himself around the country for being "an affable oddball" with razor-sharp jokes. Many of these jokes can be heard on his debut record "Midwestern Jokes of The Americas" which debuted in the top five of the comedy charts on iTunes in 2018. He has crisscrossed the country many times, working with comics like Tom Papa, Joe DeRosa, Mary Mack, and Kyle Kinane. Zach has been selected for countless festivals including the prestigious Laughing Skull Comedy Festival, The Limestone Comedy Festival, and The High Plains Comedy Festival. Zach also produces and hosts a podcast called Arguments and Grievances and has been featured at numerous festivals, on Audible.com, and named "Best Variety show in Chicago 2014" by Chicago Magazine.

8:45 p.m. | Richard Reese – Comedy veteran and underground hero, Richard Reese has been dishing out the laughs with the best of them for years. He's accumulated much experience over that time,  including being voted "Most Entertaining" at The MGM Grand in Las Vegas and winning the Great American Comedy Festival in 2008. Followed by those escapades was the release of two comedy specials entitled "Smoke, Jokes & Lasers (2013)" and "Always Laugh Forever Before You Die Yesterday (2015)." In 2016, his album Jetpack Tuxedo arrived on digital platforms to pleasing reviews. As a tenacious agent of humor, Mr. Reese brings an original and unpredictable approach to his show. 2018 saw the release of his first book, "SKYAIKU." Creatively witty and intelligently silly, this comedian/filmmaker continues to delight audiences near and far.

For additional details and for regular updates, find the event on Facebook (hosted by @CityofCB).

This blog post originated as a press release from the City of Council Bluffs.

This post was originally published on September 11, 2019 on the Unleash Council Bluffs blog.